December 27, 2017
Not a particularly interesting post, but I couldn't find this information on the Internet when I searched, so after figuring it out, I thought I should post my results.

So, I started a server, turned on sv_cheats, went into third person, and tried the different voice lines.  I tried every voice line with every character.  I didn't try it with every loadout, but I did notice some differences depending on the weapon choice. I didn't try it on Passtime mode, so I didn't check what animation the voice line "Pass to me!" might do (z9 and x9; voicemenu 0/1 8).


Voice Lines with No Animation

No class animates their hands with these voice lines.

Voice Lines That Give a Thumbs Up

Most classes give a thumbs-up sign with their left hand.

Voice Lines That Point Ahead 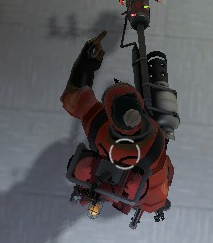 Voice Lines That Shake a Fist in the Air 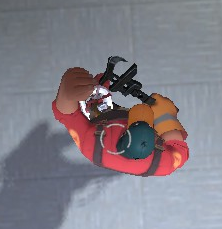 Voice Lines That Call Out

Classes generally cup their left hand to their mouth and shout. 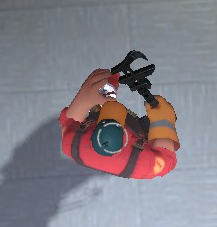 When the medic is holding his medigun (secondary weapon), he does all of the animations with his right hand. 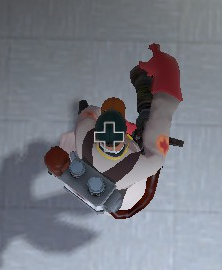 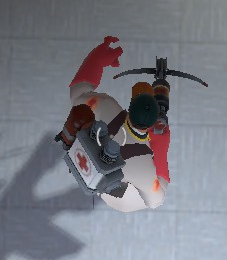 Of course, "ÜberCharge Ready" only works if you're a medic, but it's important to know that he gives a thumbs up with that.  The medic automatically announces that when his charge bar is filled, and I assume he also gives a thumbs up at that time. As I mentioned above, for some reason the engineer never gives thumbs up animations under any circumstances.  I'd guess somebody simply forgot to add the animation for that class to the system.

I just thought I should mention the thumbs-up and pointing animations look almost indistinguishable in this class.

Some weapons have no voice animations.  While there seems to be some logic to this (two handed items like the Thermal Thruster and the Wrangler), others seem like an accident (like the Second Banana).  All of these cases appear to be secondary weapons, but I did not bother to check everything.

Looking at the information above, my theory is this:  somebody decided it was important for the Medic to animate using his right hand while holding this secondary, the medigun.  Consequently, all classes are set up with voice animations for the secondary weapons as an "add-on" by the developers.

They likely just forgot to add it for all animations for some of the newer weapons, while others were purposefully left out because it made sense (e.g. it would look weird for the hand to come off the weapon from its special positioning) and/or it was too much trouble to do an alternate animation like the Medic's medigun case.