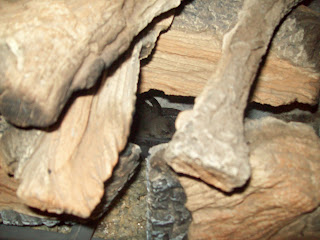 Ok, bad joke...
On 10/4 my son happened to be in the living room and called out "there's a bird in the fireplace!" ... I came over and heard the chirping and saw some flapping myself. (Get it now? Fireplace...flu ...told you it was a bad joke) 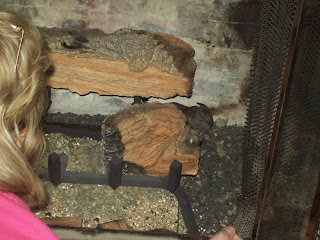 Not much to tell except it was so dark that we could only really see it well in the flash pictures.
When we opened the cover, it just hid behind the fake logs, so my wife Tricia started dismantling (hey, another pun!) the log stack.
She eventually got hold of it so we could release it out in the front yard.
My uneducated guess says it's a thrasher... a confused one. 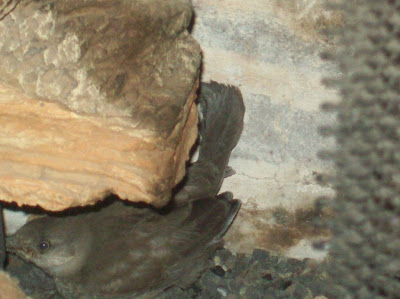 Not a particularly interesting post, but I couldn't find this information on the Internet when I searched, so after figuring it out, I thought I should post my results. If you play TF2, you know that some of the voicemenu lines you can say are accompanied by the character doing some animated move.  Everybody is familiar with the "Thanks" voice line giving a thumbs-up animation, but exactly what voice lines give exactly which animation isn't obvious, and the first person models we play in don't animate when we say it. Voice lines are not always clear to the other players, but animations are, and this is especially the case if they're on the other team. So, I started a server, turned on sv_cheats, went into third person, and tried the different voice lines.  I tried every voice line with every character.  I didn't try it with every loadout, but I did notice some differences depending on the weapon choice. I didn't try it on Passtime mode, so I didn
Read more